The argumentation in Science

The interest in science argumentation arises in the context of the rhetoric of science as analytical perspective, a perspective that appears in the seventies and eighties is consolidated in the framework of social and cultural studies of science. The mosaic of positions that can be included under the same label is broad, from different backgrounds and with different purposes. In our case we adopt this perspective as a complementary perspective, of inclusive significance, considering that the philosophy of science can not be reduced to an epistemology or a methodology if it is to reflect on science in all its complexity. In this perspective, in turn, it should not be limited to the analysis of the purely logical aspects of scientific knowledge, claiming the need to recognize the inescapable dialectic and rhetoric dimensions of the science. The study of scientific argumentation has always favored the logic aspects of it. What is it, however, is also serving his dialectical and rhetorical aspects, understanding that that is “scientific” does not exempt the study of science also consider these aspects.

BS6. To have a strong knowledge base that allows them to innovate in the development and/or implementation of ideas, especially for research purposes.

BS7. The ability to apply the knowledge they have acquired and their ability to solve problems in new or little known areas within wider (or multidisciplinary) contexts related to their field of study.

BS8. The ability to integrate knowledge and deal with the complexities of forming opinions based on incomplete or limited information, including reflections on social responsibilities and ethics.

BS9. The ability to clearly and unambiguously communicate conclusions and the knowledge and reasons behind them to specialized and non-specialized audiences.

BS10. Learning skills to carry out further studies and research in a self-directed and autonomous way.

GS1. Students should be able to produce readable, detailed and technically correct documents and research work that meets the current international standards for the disciplines.

SS1. The ability to identify traditional and current knowledge specific to the field of logic and philosophy of science, as well as the different trends of thought and tradition involved.

SS2. Mastery of the analytical tools provided by philosophy to facilitate the clear identification of the semantic, logical, epistemological, ontological, axiological and ethical factors that are present in science and technology.

SS3. The ability to assess disputes, considering and overviewing alternatives to decide upon the better justified and reasoned parts.

SS4. To be able to identify arguments as they appear in texts, dialogues and discussions, assessing their accuracy, acceptability and persuasiveness.

The course has an eclectic methodological position adaptable to the needs of students. For this exhibition it will combine strategies of content by the teacher with strategies of inquiry and participation by students. These strategies include performing critical reading guides of required readings, text comments, and a final paper.

Recommendations for the study of the subject

There are no requirements to take the subject, but a basic understanding of the philosophy of science is recommended. 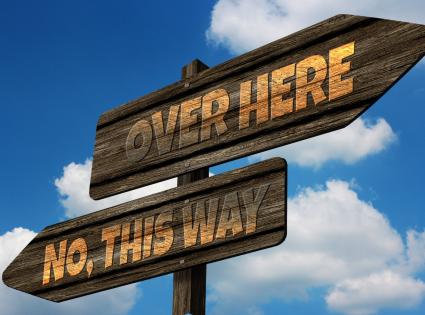